Get ready guys, this is a long one! 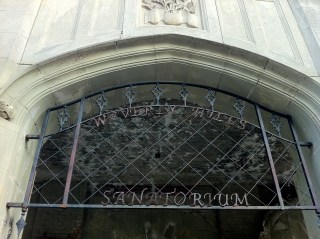 We arrived a little before 8 p.m. and met with the tour guide to show us around this massive place. We learned about this history of the building as well as where the heavy activity was experienced.

After an hour or so of the tour, we were ready to investigate. There were 16 of us there that night, so to optimize our investigation time, we broke into 3 groups and headed out for 8 hours of having this building to ourselves.

My group started on the 3rd floor. It’s very hard to describe the scenery of the entire place without having seen it first hand. There is 30 years of walls crumbling, doors falling of the hinges, and graffiti on every way. This place is creepy looking with the sun up, it was even more so AND amazing after nightfall.

Supposedly there is a spirit of young boy named Timmy that likes to hang around on this floor. Timmy has been known to play with a ball, so throughout the entire floor there were inflatable balls everywhere. My team and I sat down to have our initial EVP session and as we were getting settled, a member of our team’s equipment pouch came completely unlatched when it was tightly secured to her waist seconds before. It just snapped open.

As we continued the EVP session, probably about 20 or so minutes into it, there seemed to be minor shadow movement at the far end of the hall from where we were sitting. I only caught a glimpse of one good shadow during the night and this is where it happened. I turned to my right and saw that at the far end of the hall there was red ambient light coming from an EXIT sign. A black mass on the right of the hall blocked out my view of this ambient light and darted into one of the rooms. Sadly I was the only one who saw it, but as I told a fellow investigator about it he got up to check and as he passed each room, he asked “Is this it?”  and as he passed the room where I saw this shadow, he stopped where he stood and got chills/goosebumps/etc, the whole nine yards. Before he could ask me, I said that was the room I saw the shadow dart in.

We made our way down to the 2nd floor and had an EVP session there. Aside from a few knocks and cricks I don’t really remember anything interesting happening to us on that floor. After the EVP session we held there, we headed back to the meeting hall to grab a quick drink of water and a snack then got right back to investigating.

This round we were on the first floor, so the first thing we investigated here was the body chute. I’ll let you guys click that link and read through. Back? Good. Now to stand where hundreds of fresh corpses were at one time was a little on the unsettling side, but what really added to the experience was that it was so dark in there that you couldn’t even see your hand an inch in front of your face. It was that dark, it was that creepy, and I LOVED every minute of it!

A lot of people are said to not go all the way to the bottom of the body chute, not because it’s scary, but just because it’s a long way down and an even longer way back up since you’re working against gravity. They’re right. It was a very long walk back up, but it was worth the trek down there. I took full advantage of checking out the body chute

Here is a picture looking down from the top of the body chute.

And here is a picture look up from the bottom of the body chute.

After making the trek a little more than halfway, we stopped and had an EVP session. We heard some knock and bangs, but couldn’t for the life of us see anything down there. It was just too dark. So we decided to take our investigation to the morgue on the first floor.

On our way down the hall towards the morgue we started to hear clanking noises coming from ahead. The closer we got to the morgue, the louder they were, but once we entered the morgue, they were gone. We heard stories on our guided tour at the beginning of the night that when people investigate the morgue, they tend to have experiences when they lay on the retractable gurneys there. So who was the only guy in my group to lay on one? That’s right. THIS GUY! I laid down on the bottom gurney just because it was the easiest to get in and out of.

We did this while I was laying on the gurney and the flashlight seemed to come on after asking a good number of questions. Sadly, there were no hits on the K-2 meter at the same time. Was this paranormal? Who knows. It would have been nice to get a hit on the K-2 meter to back up the flashlight trick though. Also, when I got out of the the gurney, I was covered in about 30 years of dust and debris. It was worth it.

When we were done with the morgue area, we made our way up to the 4th floor. The 4th floor is the most notorious floor for shadow people and shadow movement. And I can honestly tell you that I was disappointed when I experienced little to no shadow movement in this hallway. Some of the other people on my team saw some thing, but not I. We had an EVP session for a while and scoped the floor out, then we headed to the Operating Room. There were some radical experiments done to patients in that room in Waverly Hills. Some people had lungs collapsed in an effort to make them stronger, and some other patients had pieces of their rib cage removed in and effort to help the lungs take in more air. Unfortunately, there was only about a 5% survival rate of the latter. So many people lost their lives in that room.

We conducted an EVP session there but no hits on the flashlight or on the K-2. We did hear a decent bang in the adjoining prepping room. And a couple members in my team claimed so see a face look back at us from the square window of the adjoining room’s door. If it did happen, I missed it.

To conclude the evening, we met back up with the other 2 teams and do one last EVP session in the area where we all thought had the most activity. So we headed to the 3rd floor. We had some luck on the flashlight trick again, but that was about it. So we packed up and headed back to the hotel.

I wish I could sit here and tell you that we saw shadows galore, that we saw full-bodied apparitions (the holy grail of paranormal investigating), that we had face-to-face conversations with spirits. Unfortunately, we only had a handful of personal experiences, paranormal-wise. But to even just have the opportunity to investigate there was fun and great in and of itself.

Everybody is in the process of going through their raw audio and video to see if we caught any evidence. So far some team members are saying what we lacked in personal experiences, we’ve made up with in EVPS! Lets hope so! Once we’ve gone through everything, we’ll post our findings.

If there is one that to be said about Waverly Hills, it’s that if it isn’t haunted it is, indeed, very haunting. 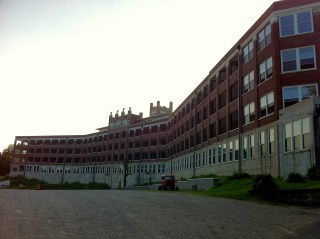 Disclaimer: This is a public blog/forum. If you comment here, anyone who comes to this site will be able to see your comment. Comments are not deleted unless they are spam/offensive. If you have private information you don’t wish the public to see, do not put it in your comment. Comments on this website are the sole responsibility of their writers and the writer will take full responsibility, liability, and blame from something written in or as a direct result of something written in a comment. The accuracy, completeness, veracity, honesty, exactitude, factuality and politeness of comments are not guaranteed. In other words, don’t comment with your email address, physical address, or phone number. If you do so, we cannot be responsible for any spam/crank calls you may receive. Think before you comment. Please.